The mother who suckles pet monkey 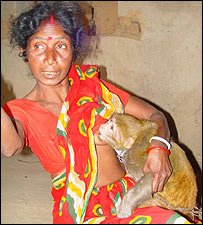 Namita, a middle-aged woman who lives in India's north-eastern Tripura state and is a government worker, describes Buru, the pet monkey, as her third child.
"Yes, I breastfeed him. He is my son," says Namita, caressing the monkey.
More than four years ago, her woodcutter husband found a dying baby monkey under a tree after a fierce storm.
He brought the animal home in Chandrapur village on the outskirts of the Udaipur town in Tripura's South District.
"The monkey fell ill after the storm , in which it lost its parents. I decided to bring him up with my daughters," says Namita.

Posted by Stupid at 9:59 PM No comments:

Truck drivers who are caught speeding in an Indian state are being made to hop like frogs.

Police in Bihar dish out the humiliating punishments instead of taking offenders to court, reports Newindpress.com.

For the most popular punishment, leapfrog, speeding truck drivers have to sit on their haunches, hold their ears and hop for almost half a kilometre.

And the drivers are made to chant the name of the political leader they like most while they are being punished.

One policeman was quoted as saying: "If they remember their leader when they are being punished, it's like they are insulting them. If they have any sense, they won't do the offence again."

Posted by Stupid at 8:44 PM No comments: 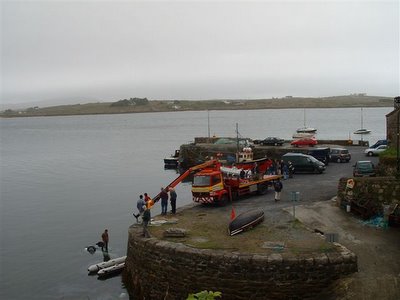 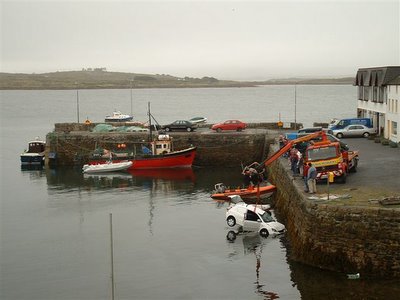 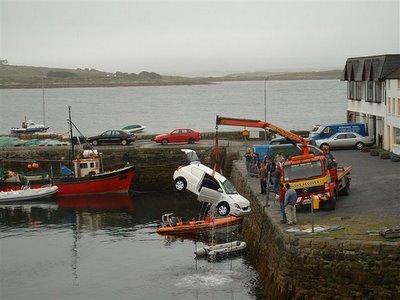 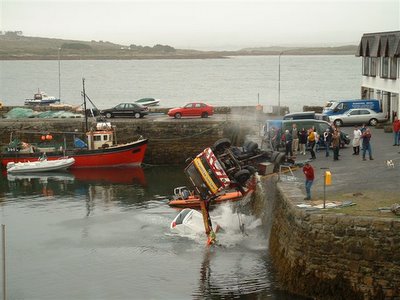 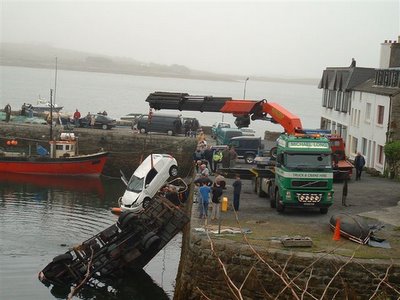 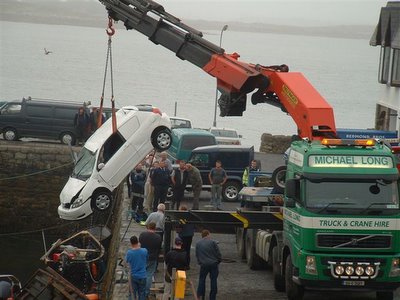 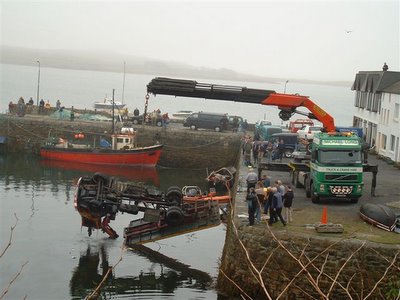 Anyway, the white car is out !

Posted by Stupid at 8:03 PM No comments:

The cure for Alzheimer's memory loss may be ...

Scientists at one of Spain's leading research centres claimed yesterday to have found evidence that cannabis helps prevent the memory loss experienced by people suffering from Alzheimer's.

The potential breakthrough in understanding a disease that affects nearly half a million people in Britain, and around nine million worldwide, was made by a team led by María de Ceballos at the Cajal Institute in Madrid.

Their study seems to show that THC, the main active ingredient in cannabis, inhibits the activity of cells that cause damage to neurons in the brain.

Posted by Stupid at 4:58 PM No comments:

Sisters pregnant at 12, 14 and 16. So what does their mother do? She blames the school

Three sisters have each had children while still at school, the youngest at the age of 12.emma, Jade and Natasha Williams, who receive benefits totalling more than £31,000 a year, are raising their babies alone after they became pregnant within three months of each other.

The sisters, aged 12, 14 and 16 when they gave birth, live in Derby with their twice-divorced mother, who holds the education system responsible for their plight.

"If I could turn the clock back I would definitely prefer them to not have children as their education is so important. They've all ruined their lives because they are all too young to have children."

Jemma, the youngest sister, was the first to become pregnant, giving birth to her son T-Jay in February last year. Then, in November, Natasha, 16, who had already had two miscarriages and an abortion, had Amani. The next month, Jade, 14, gave birth to daughter Lita.

Jemma and Jade, who is about to take her GCSEs, are still in school.

The family lives rent-free in a three-bedroom council house, which they claim is too cramped. Their mother claims benefit for Jade and Jemma, now 15, as well as for their children. However, she said that day-to-day life was a struggle.

"It's really difficult to survive on what we have," she said. "My average shopping bill is £90 a week, and then there's all that extra stuff like toys, nappies and medicine.

"The house is far too small. I have to share a bedroom with Natasha and Amani which is very cramped. Hopefully we may be able to get a bigger house, but who knows?"

Mrs Atkins, who had her first child at 20, said she was astonished that her daughters had become pregnant so young. "It just doesn't seem possible," she said.

"I was so shocked when I found out about Jemma. She thought I would hit the roof and didn't tell me for seven months. I only found out when I took her to buy a new bra and as she was being measured I saw her huge bump."

Jemma said: "I didn't tell anyone because I was too scared and didn't know what to do. I only told my boyfriend, who was 14 at the time, but I didn't want to have an abortion.

"He was my first love. He was great to start with, but he's got a new girlfriend now. I was so frightened when I went into hospital to have my baby. It was so painful and I was in labour for three days."

Jade said she had been determined not to do the same, after seeing all the dirty nappies and her sister enduring sleepless nights. But she became pregnant after "a one-night stand".

She said: "It was just one of those things really. I wasn't using contraception and I suppose I just thought it wouldn't happen to me."

Natasha said her pregnancy, while unplanned, had pleased her. "I don't really want to be anything but a full-time mum," she said.

The father, 38, came to see the child "from time to time", but "he's Asian and still lives with his parents, so they don't know about me or Amani".

Earlier this year, the Government's tax and benefit system was said to be responsible for making Britain the single-parent capital of the world.

The Centre for Policy Studies think-tank said married couples on average weekly salaries were only £1 better off than single mothers who never worked and had no contact with the father of their children.

Posted by Stupid at 3:40 AM No comments:

Posted by Stupid at 1:47 AM No comments:

[technorati tags: tsunami, dog, lie, slleping]
Posted by Stupid at 1:15 AM No comments: 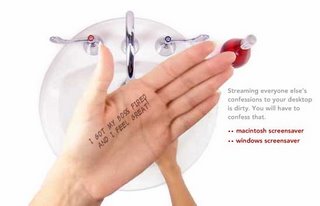 Watch your own, or other peoples confessions, being washed away.

Posted by Stupid at 1:11 AM No comments:

Disposophobia - The fear of getting rid of stuff. 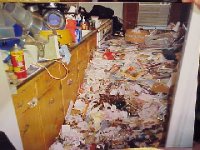 The fear of getting rid of stuff.

People who suffer from maladies such as depression or obsessive compulsive disorders often end up buying things, bringing them home and dropping them. Rather than looking for what they own, they simply go out and buy more and do the same thing.....over and over and over again. We call this behavior..... Shop n Drop.

A photographer has come under fire in China for his pictures of a man falling off a bicycle.

The man came a spectacular cropper in Xiamen city after his bike hit a pot-hole submerged in rainwater.

But photographer Liu Tao was accused of lying in wait to take his pictures instead of warning people of the danger.

Readers of the Beijing Youth Daily, which published the shots, wrote in to express their feelings.

One wrote: "The pictures are well shot, but the person who shot this is disgusting. He knew there was a pit, but was waiting there for someone to fall over."

And another said: "The photographer should really be condemned since he knew there definitely would be other victims."

Liu defended himself, saying: "I just knew that the city government has paved the pit, and without my pictures, the pit would not be noticed by the government, and there would perhaps be more people falling over."