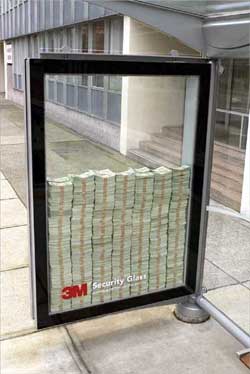 3M was so sure their Security Glass was unbreakable, they put a large stack of cash behind it and shoved it in a bus stop. Great advertisement, right?

Actually, it was only $500 of real currency stacked on top of fake money, and people could only use their feet to try to break it. A security guard was present to make sure no one broke the rules and that people couldn’t get to keep the money if they broke it.

Nevertheless, a glass that can stand a double-footed kick from a man with a 30 foot head start is impressive. Don’t you wish your iPod screens were made out of this?

Their concept is quite simple: reduce the repetitive and arduous task of moving your hand from keyboard to mouse and back again a few thousand times a day. They accomplish that by splitting the keyboard and making the right half into a full fledged mouse. Your merely switch up your grip and the mouse function automatically springs into action. You might look a bit dorky in the act, and it surely won't work for everybody, but it seems to us that a spreadsheet pusher could quickly get used to the setup and learn to rock it. The creators of the Combimouse have recently completed their final prototype and are on the lookout for a manufacturer. 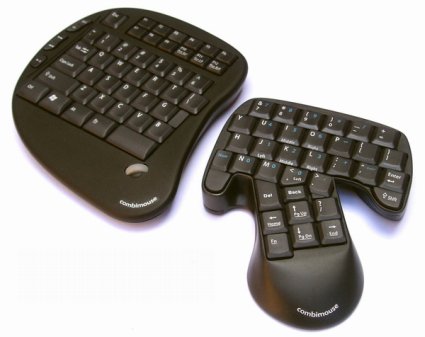 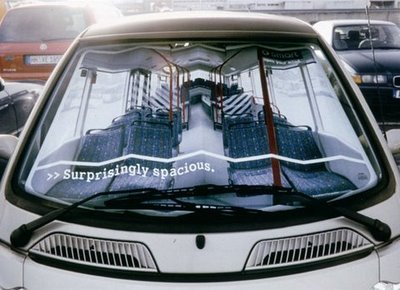 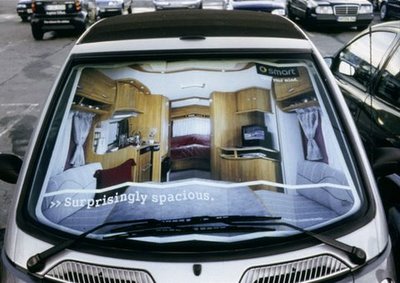 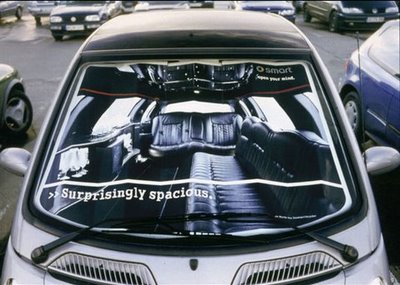 Stare at the black light bulb for at least 30 seconds. Then immediately stare at a white area on the screen or at a sheet of paper. You should see a glowing light bulb!

View another illusion from the same category. 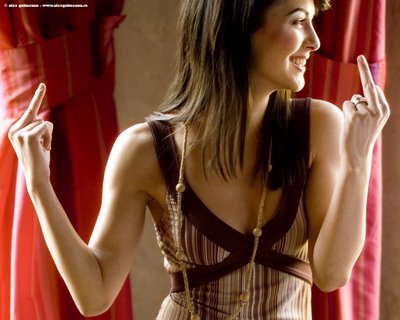 The finger, as in giving someone the finger, is a hand gesture made by extending the middle finger of the hand while bending the other fingers at the second knuckle. The Finger is a silent way of saying "fuck you", using the finger as a phallic symbol. The reference to coitus may be strengthened by first wetting the finger or by sucking on it.

A story that refers to the gestures of longbowmen fighting in the English army at the Battle of Agincourt in particular is often mentioned when we speak about the Middle Finger history.

Before the Battle of Agincourt in 1415, the French, anticipating victory over the English, proposed to cut off the middle finger of all captured English soldiers. Without the middle finger it would be impossible to draw the renowned English longbow and therefore be incapable of fighting in the future. 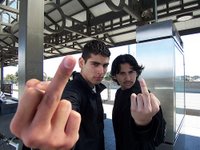 This famous weapon was made of the native English Yew tree, and the act of drawing the longbow was known as "plucking the yew" (or "pluck yew"). Much to the bewilderment of the French, the English won a major upset and began mocking the French by waving their middle fingers at the defeated French, saying, "See, we can still pluck yew! PLUCK YEW!" Since "pluck yew" is rather difficult to say, the difficult consonant cluster at the beginning has gradually changed to a labiodental fricative F, and thus the words often used in conjunction with the one-finger-salute are mistakenly thought to have something to do with an intimate encounter.

It is also because of the pheasant feathers on the arrows used with the longbow that the symbolic gesture is known as "giving the bird."

This is the largest digging machine (or trencher or rotating shovel) in the world. It was built by Krupp and is shown here crossing a road in Germany on the way to its destination, an open air coal mine. Although at the mine the treads are unnecessary, it was cheaper to make the machine self-propelled than to try and move it with conventional hauling equipment. Some factoids:

I'm wondering how this machine is moving from one place to another ... 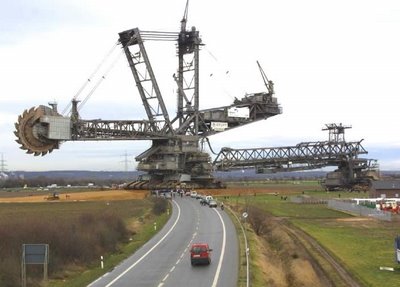 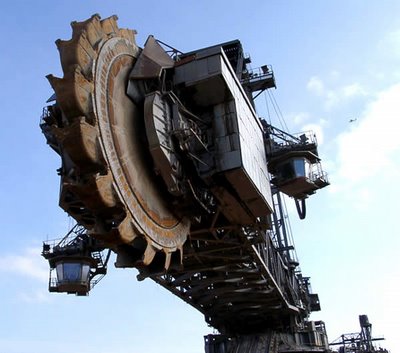 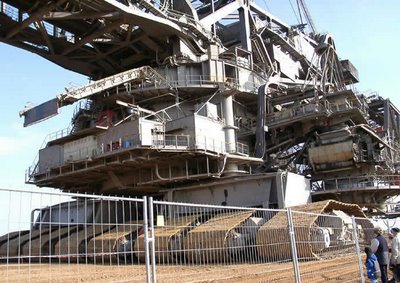 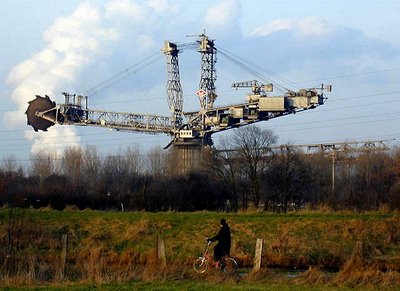 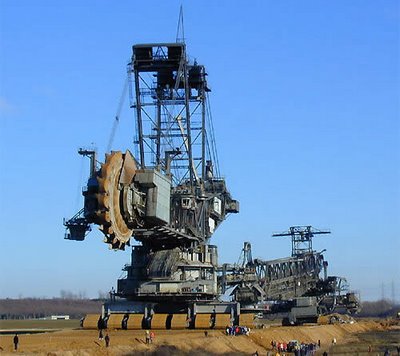 The Millau Viaduct (French: le Viaduc de Millau) is a cable stayed road bridge that spans the valley of the River Tarn near Millau in southern France. It was formally opened on 14 December 2004 and opened to traffic on 16 December 2004. Designed by British master-architect Lord Foster in collaboration with French bridge engineer Michel Virlogeux, it is the tallest vehicular bridge in the world, with one piers summit at 1,118 ft (341 metres), slightly higher than the Eiffel Tower and only 132 ft (40 m) shorter than the Empire State Building. 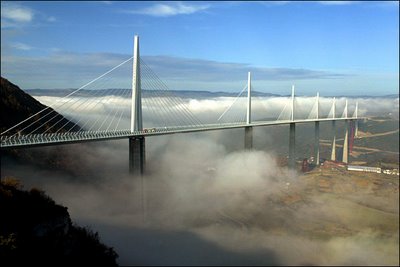 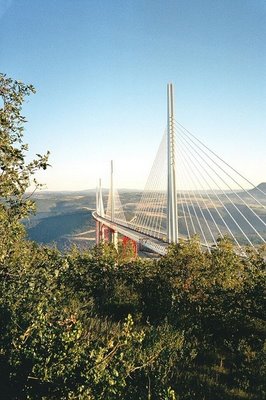 Panoramic view of the Millau Viaduct, as seen from the south. 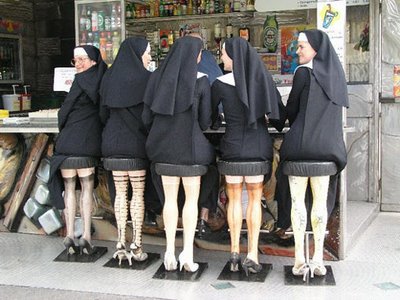 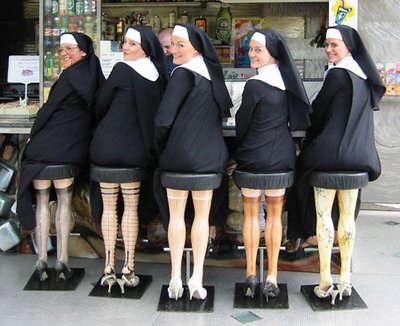 When I saw this pictures for the first time I thought that there are really their legs, but when I looked again I saw that this is an illusion.Anyway nice chairs.

Finally, a definition of Marketing that makes sense....

You see a gorgeous girl at a party. You go up to her and say, I'm fantastic in bed.
That's Direct Marketing.

You're at a party with a bunch of friends and see a gorgeous girl. One of your friends goes up to her and pointing at you says, He's fantastic in bed. That's Advertising.

You see a gorgeous girl at a party. You go up to her and get her telephone number. The next day you call and say, Hi, I'm fantastic in bed. That's Telemarketing.

You're at a party and see a gorgeous girl. You get up and straighten your tie, you walk up to her and pour her a drink. You open the door for her, pick up her bag after she drops it, offer her a ride, and then say, By the way, I'm fantastic in bed. That's Public Relations.

You're at a party and see a gorgeous girl. She walks up to you and says, I hear you're fantastic in bed. That's Brand Recognition.