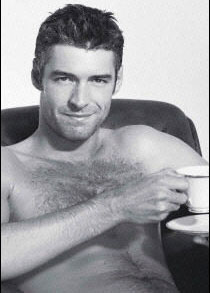 London, England, Jun. 16 (UPI) -- Fire-eaters need not apply for Lloyd's of London's latest insurance, which provides men up to $1.8 million if they lose their chest hair in an accident.
The policy was drawn up at the request of an agent for an unidentified celebrity, Britain's Telegraph reported Wednesday.
To make a claim, the victim must have lost 85 percent of his chest hair. Loss caused by illness or just plain falling out is not covered.
Lloyd's Jonathon Thomas, who wrote the policy, admits it is the "oddest" currently being offered by the group, which is infamous for insuring Jennifer Lopez's bottom as well as Betty Grable's legs.
"It is for performers who require the impression of manliness," he said.
In addition to fire-eaters, the policy also excludes hair loss from nuclear contamination, terrorism, mass destruction, war, invasion revolution, skin-diving, horseback riding or hang-gliding.
Posted by Stupid at 1:51 PM No comments:

Charlotte, North Carolina man, having purchased a box of 24 rare and very expensive cigars, insured them against... fire. Within a month, having smoked his entire stockpile of fabulous cigars, and having yet to make a single premium payment on the policy, the man filed a claim against the insurance company.
In his claim, the man stated that he had lost the cigars in "a series of small fires." The insurance company refused to pay, citing the obvious reason: that the man had consumed the cigars in a normal fashion. The man sued, and won.
In delivering his ruling, the judge stated that the man held a policy from the company in which it was warranted that the cigars were insurable. The company, in the policy, had also guaranteed that it would insure the cigars against fire, without defining what it considered to be "unacceptable fire," and so, the company was obligated to compensate the insured for his loss. Rather than endure a lengthy and costly appeal process, the insurance company accepted the judge's ruling and paid the man $15,000 for the rare cigars he had lost in "the fires."
However, shortly after the man cashed his check, the insurance company had him arrested on 24 counts of arson. With his own insurance claim and testimony from the previous case used as evidence against him, the man was convicted of intentionally burning the rare cigars and sentenced to 24 consecutive one-year prison terms.
Posted by Stupid at 1:42 PM No comments: 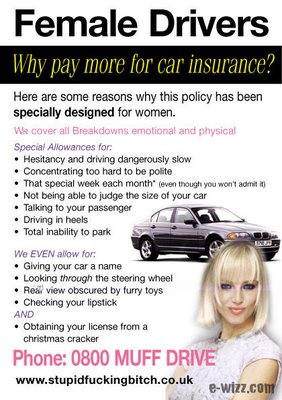 These excuses were on accident claim forms of a major insurance company. ere asked for a brief statement describing their particular accident.
1. The other car collided with mine without giving warning of its intention.
2. I thought my window was down but found it was up when I put my hand through it.
3. A pedestrian hit me and went under my car.
4. The guy was all over the place. I had to swerve a number of times before I hit him.
5. I pulled away from the side of the road, glanced at my mother-in-law and headed over the embankment.
6. The accident occured when I was attempting to bring my car out of a skid by steering it into the other vehicle.
7. I was driving my car out of the driveway in the usual manner, when it was struck by the other car in the same place it had been struck several times before.
8. I was on my way to the doctor's with rear-end trouble when my universal joint gave way, causing me to have an accident.
9. As I approached the intersection, a stop sign suddenly appeared in a place where no stop sign had ever appeared before. I was unable to stop in time to avoid the accident.
10. The telephone pole was approaching fast. I was attempting to swerve out of its path when it struck my front end.
11. To avoid hitting the bumper of the car in front, I struck the pedestrian.
12. My car was legally parked as it backed into the other vehicle.
13. An invisible car came out of nowhere, struck my vehicle and vanished.
14. When I saw I could not avoid a collision, I stepped on the gas and crashed into the other car.
15. The pedestrian had no idea which direction to go, so I ran him over.
16. I saw the slow-moving, sad-faced old gentleman as he bounced off the hood of my car.
17. Coming home, I drove into the wrong house and collided with a tree I don't have.
18. The indirect cause of this accident was a little guy in a small car with a big mouth.
Posted by Stupid at 1:35 PM No comments: 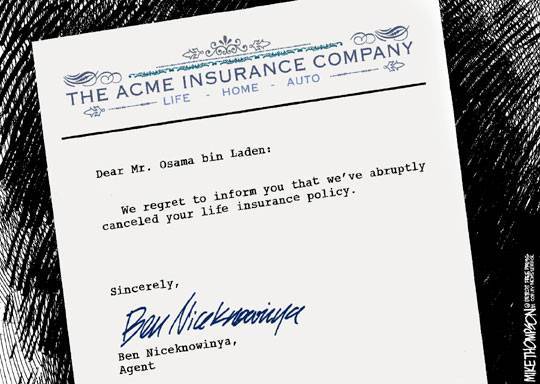 Posted by Stupid at 1:30 PM No comments:

Mall Santas May Want To Invest In Health Insurance

ATLANTA (Wireless Flash) -- Being a shopping mall Santa Claus isn't always a merry experience, especially when your body feels like a punching bag from the loads of lap-sitters.
That's according to Ed Butchart, a professional Saint Nick who has worked in kid-friendly places from malls to theme parks.
The 18-year-veteran says the job is physically taxing and after a full day's work, his whole body is in pain -- particularly his shoulders and back from picking up so many kids.
Butchart usually doesn't worry about the suffering he goes through because "it's worth it to make a child happy," but there was one time when he truly feared for his health.
He says a seven-year-old who weighed 427 pounds sat on his lap years ago and he figured "something was going to go." Luckily, he says there have been "no lasting effects."
Butchart shares other memorable Santa stories in his book, "The Red Suit Diaries" (Revell).
Posted by Stupid at 1:28 PM No comments:

5 Funny (But Real) Reasons To Get Travel Insurance

Funny Reason #1 - You Might Get Mugged By a Monkey

Probably the number one fear of Nigerians traveling abroad is that they're going to get mugged, and luckily travel insurance covers any related costs. In fact, travel insurance covers everything from replacing the cash in your wallet to any therapy required to recover from the shock of being mugged by a monkey. This can sure help you enjoy your trip more, knowing that you don't have to defend your traveler's checks with your life.

Traveling abroad means that you will hopefully expand your palette to include some of the indigenous food of the area you are visiting. Unfortunately, this may also introduce you to a lot of bacteria and diseases that your body is unfamiliar with. While most of us can handle the obvious effects of food contamination, albeit uncomfortably, you might actually get seriously ill and require extensive medical attention or emergency travel.
Travel Insurance Covers Where Health Insurance Doesn't
Without travel insurance, all of the medical costs related to your trip to the hospital are likely on your shoulders since most health insurance plans don't cover visits outside of Nigeria. With travel insurance, you can have some peace of mind that should something terrible happen with your GI tract, at least you won't be draining your bank account, too.

So you decide that it would just be the coolest photo to balance on the Great Wall of China and take a photo of yourself from above. I mean, what guts! So you get up on the wall, get ready to take the photo, and a gust of wind makes you lose your balance. Off comes the shopping bag you were using as a counterweight and down it goes, out of sight. In the case of quirky blunders like these, travel insurance will cover the costs to replace or repair the item.

Funny Reason #4 - Your Pet Rat Might Pass Away Unexpectedly

In the event of a family emergency, such as the unlikely passing away of your pet rat, travel insurance will pay any costs related to cutting your trip short. Without travel insurance, you would have to pay any of the extra costs required to make an emergency plane trip, as well as possibly return to the location to resume your traveling once the emergency was over.

For those traveling in with a temper and a daily quota for pints of beer and other intoxicating beverages, travel insurance can come in handy in the case of a lawsuit. While we would all hope that that kind of thing wouldn't happen, occasionally it will and the costs can be enormous, especially if you have to travel great distances to attend court.
Posted by Stupid at 1:26 PM No comments:

Airman Jones was assigned to the induction center where he was to advise new recruits about their government benefits, especially their GI insurance.
It wasn't long before Captain Smith noticed that Airman Jones had almost a 100% record for insurance sales, which had never happened before.
Rather than ask about this, the Captain stood in the back of the room and listened to Jones's sales pitch. Jones explained the basics of the GI Insurance to the new recruits, and then said:
"If you have GI Insurance and go into battle and are killed, the government has to pay $200,000 to your beneficiaries. If you don't have GI insurance, and you go into battle and get killed, the government has to pay only a maximum of $6000."
"Now," he concluded," which bunch do you think they are going to send into battle first?
Posted by Stupid at 1:22 PM No comments: